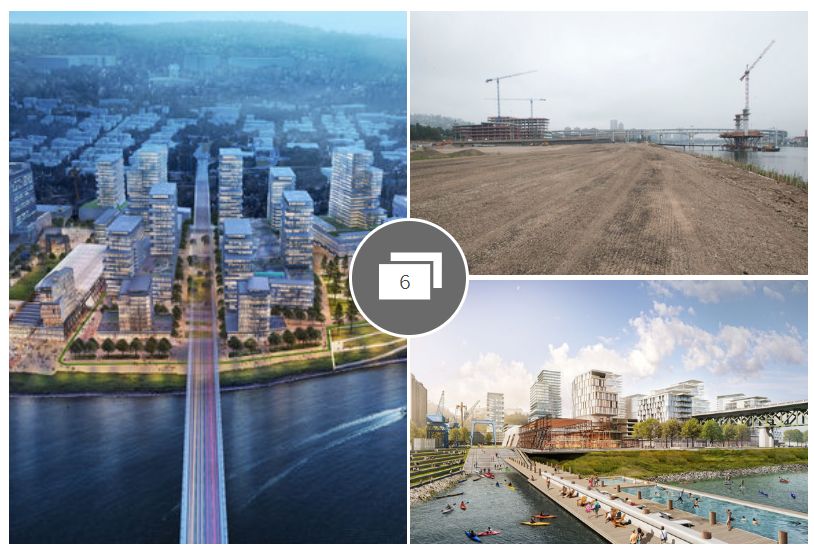 Negotiations between Portland officials and the Zidell family over plans for the family’s South Waterfront land appear to have collapsed, for now torpedoing a highly anticipated 33-acre development.

The family said Friday it was suspending development on the site, which would have linked the developed north and south ends of the South Waterfront. The Zidells’ holdings extend from Tillikum Crossing to the Portland Aerial Tram.

At issue was the family’s development agreement with the city, which would have outlined city investment in roads and infrastructure to support the new development. In exchange, the family was to provide land for parks and provide for the construction of affordable housing.

The family had negotiated with the city to extend its deadline to begin construction under an earlier agreement while it sought amendments to the deal. Affordable housing requirements had previously been a key sticking point. And the city’s 2017 inclusionary zoning mandate, which requires rent-restricted units in large housing developments, had further complicated matters, officials with Prosper Portland, the city economic development agency, previously told The Oregonian/OregonLive.

But ultimately, the cost of building a street grid, parks and other infrastructure might have proven too large. The city had in 2015 pledged $23.7 million in public dollars to cover those costs, but recent negotiations had revealed “a gap,” said Shawn Uhlman, a Prosper Portland spokesman.